by Rick Cohen, courtesy of The Nonprofit Quarterly

This article is provided courtesy of the The Nonprofit Quarterly, a unique print magazine that leaders count on to provide them with values based management information and proven practices. Each issue focuses on a theme of critical importance and provides you with the cutting edge, relevant and useful information you need to manage more effectively and advance your mission. Click here to check out sample articles from the most recent issue. 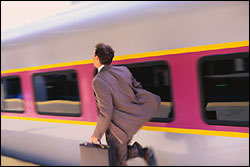 But most corporate grantmaking travels below the radar screen, is inconsistently reported and revealed, sometimes not revealed at all, and frequently gets used for some unusual purposes. Painting a complete picture of corporate grantmaking is daunting. In the National Committee of Responsive Philanthropy's (NCRP) past research on corporate philanthropy, efforts to get corporations without foundations to provide information on their grantmaking resulted in only two of 30 corporations complying. An IRS review not all that long ago found most corporate foundations requesting extensions, sometimes nearly a year or more, for filing their 990PFs, resulting in a significant time lag on basic philanthropic disclosure.

You aren't going to find out much more from corporate filings with the Securities and Exchange Commission. Even while acknowledging technical difficulties in figuring out how to fashion a requirement for increased corporate disclosure, the SEC in May of 1999 reported widespread disparities in corporate reporting practices, particularly in their SEC filings, due to differing interpretations of which contributions warrant consideration as "material to an investor's understanding of the company's business or financial statements."

The poster child for questionable corporate philanthropy at the moment is Enron - no surprise. Some of the combined philanthropy of Enron's foundation and marketing arms, plus the charitable giving of Enron's CEO, Kenneth Lay, went for eyebrow-raising purposes. One beneficiary was the Mercatus Center, a free-market, anti-regulation think tank at George Mason University in Virginia that employs Wendy Gramm, the spouse of Texas conservative, Senator Phil Gramm. Nothing wrong with a pro-corporate think tank grant, except that Ms. Gramm also serves as a member of the Enron board of directors. The senator himself shared in the Enron largesse with $72,000 in direct campaign contributions between 1995 and 2000.1

The Mercatus grant, a paltry $50,000, pales to the nearly $1.9-million given by Enron (as well as Lay's family foundation) to the M.D. Anderson Cancer Center at the University of Texas, whose president is John Mendolson, another member of the Enron board - sitting on the board's stunningly ineffective audit committee. Enron was ecumenical in its charitable giving, however, making contributions to the I Have a Dream Foundation under the name of President Clinton's energy secretary, Hazel O'Leary, to curry favor with Democrats.

While much of corporate giving goes to charities associated with corporate officers and directors, Enron's officer- and director-linked philanthropy does not pass the sniff test in light of the corporation's remarkably widespread lack of ethics and accountability. Recent Congressional efforts to tackle the rampant governance and accountability shortcomings highlighted by Enron, Tyco, Worldcom, Xerox, ImClone and others, added corporate grantmaking to the catalog of financial items to be audited and revealed.

For some years there has been an effort to get corporations to report on corporate giving beyond that contained in 990PFs. The goad was a twin legislative proposal, H.R. 944 and 945, introduced in 1997 by Congressman Paul Gillmor (R-Ohio) to get corporations to report on a larger swath of their charitable deductions and simultaneously empower shareholders to vote on their corporation's generosity. The Gillmor bill was commonly perceived and denounced as a Republican effort to curb purportedly liberal philanthropic tendencies of major corporations. Even advocates of corporate charitable disclosure had their own problems with the Gillmor bill for its exclusion of donations for educational institutions and for certain local charities, exempting some one-third of corporate donations from disclosure.2

The current freefall in corporate ethics has prompted a different sensitivity to the role of charitable giving in overall corporate financial behavior. Congressman Gillmor again introduced legislation, H.R. 3745, the Corporate Charitable Disclosure Act of 2002, this time aimed at corporate donations for nonprofits associated with corporate officers and directors.3 This time, the conservative Republican attracted the co-sponsorship of not only a few Republicans,4 but also iconoclastic Democrat Sheila Jackson Lee from Enron's hometown of Houston.

A more significant bill aimed at corporate governance with specific targeting of corporate giving for charities associated with officers and directors - the Comprehensive Investor Protection Act of 2002 - was introduced by Democrat John LaFalce of Buffalo, with the support not only of Republicans, but Democratic Party leaders such as Dick Gephardt, Nancy Pelosi, Rosa DeLauro, John Conyers, Carolyn Maloney, Barney Frank, and others. The bill had its flaws to be certain, particularly in its attempt to get corporations to report not only on their own philanthropy, but also the private charitable giving of officers and directors themselves, but at least LaFalce's radar was zeroing in on an important component of corporate accountability.

Initially ignored in the likelihood that the legislation was going nowhere, the eventual inclusion of corporate charitable disclosure language in the House of Representatives' final corporate accountability bill - the Corporate and Auditing Accountability, Responsibility and Transparency Act (CAARTA), sponsored by Michael Oxley (R-Ohio) - sparked an outcry from the Council on Foundations and Independent Sector. Their lockstep denunciations of the LaFalce/Oxley disclosure provisions were based on technical issues - the privacy of individuals' charitable donations, definitional problems with who might be considered a corporate officer, the threshold amounts of giving necessary to monitor, etc. - contained almost no commentary on the overarching importance of enhanced corporate disclosure of charitable giving. IS, for example, complained in correspondence with Oxley and his Senate counterpart, Paul Sarbanes (R-Maryland), that disclosure provisions "go too far" but failed to offer alternative language, much less unequivocally endorse the principle of increased corporate disclosure.

The Senate companion bill to the House's corporate accountability package, guided through the chamber by Sarbanes, left out requirements for charitable disclosure, and in conference, the Senate's silence on the matter won out. And that's what President Bush signed into law on July 30.

Daily revelations of corporate misconduct are hardly a problem with a few bad apples - or bad CEOs - besmirching corporate probity. The problem is the corporate system, not simply the people who manage the corporations. It makes it hard for nonprofits' implementation of gift acceptance policies, when you can't figure out exactly how a corporation is using its charitable largesse. The answers are not at the IRS, the SEC, the offices of state charity officials, or the Foundation Center.

Without legislatively mandated disclosure, nonprofits cannot be sure of whom they're actually dealing with when talking about corporate philanthropy. As the credibility of corporate CEOs continues to plummet, can nonprofits be sure that their corporate charitable benefactors are not simply manipulating them for less-than-charitable purposes?

Some time ago, NCRP recommended strong corporate gift acceptance policies that would take stock of corporate practices, not simply in the production of socially-damaging products such as tobacco and firearms, but also concerning corporate policies on racial, gender, and sexual preference in hiring and promotion, corporate commitment to fair labor negotiations and living wages, and corporate impact on the natural environment.5 But without bolstered disclosure requirements, there are currently no reliable mechanisms for fully analyzing a corporation's uses of its philanthropic grantmaking.

In the wake of the Enron collapse, nonprofits around the nation bemoaned the loss of Enron charitable dollars in contrast to politicians' shucking off Enron's campaign contributions (often as donations to charities to help unemployed Enron employees).

As the Enron sign is removed from the baseball stadium in Houston, as Washington DC rethinks the PR-value of Worldcom's MCI logo on its basketball and hockey arena, nonprofits have to be increasingly wary of being co-branded with ethically challenged corporate viziers, and examine how corporate philanthropy might be used as part of a corporation's unaccountable behavior.

1. See Scott Klingler with Holly Sklar, Titans of the Enron Economy: The Ten Habits of Highly Defective Corporations (United for a Fair Economy, April 10, 2002) for information on the Gramm and Mendolson donations.

2. As linked to H.R. 945, this would have resulted in shareholders voting on corporate donations to charities other than educational institutions, suggesting that Gillmor was not concerned about grants to universities and schools but to other types of nonprofits.

3. Presaging the current concern about corporate accountability, Gillmor again had a bill in 1999, H.R. 887, focused on reporting corporate gifts to charities linked to officers and directors. It was strongly opposed by the Council on Foundations, which suggested that such disclosure "would place such a strongly negative cast on (the)…practice (of corporate giving to charities where their employees are active participants) that key corporate employees and their spouses would resign their charity board positions lest they be perceived as having done something wrong." The legislation was ultimately withdrawn after Democrats offered amendments requiring comparable corporate disclosure of lobbying expenses and political contributions, worthy of as much shareholder scrutiny as corporate philanthropic grantmaking.

4. Gillmor's efforts have been opposed not only by ostensibly liberal nonprofit associations, but by business groups such as the Business Roundtable and other corporate lobbyists.